New Forest, a photo by Wurzel on Flickr.
This is the view from the Abbots Well car park at Frogham in the New Forest looking in the direction of Frtitham. This is an area that I visited many times as a small child, with family friends living just up the road from where this was taken. In those days it seemed like a major expedition in the back of my Dad's car just to get there, nowadays it is about a half hour drive. I count myself really lucky to have such a beautiful part of the country so close to home.
Posted by Wurzel at 23:10 No comments:

It Was A Little Bit Frightening .....

Political correctness is one of my pet hates. Today I awake to news of, as the oft used saying goes, political correctness gone mad. A pub singer on the Isle of Wight has been arrested for singing the 1970s hit Kung Fu Fighting.
He was performing the song as part of his set when two chinese walked past, took offence and notifies the police. The are several important facts here, not least that he was not aiming the song at them, he was unaware of their presence, no offence was intended, they simply overheard the song and chose to make a complaint. Another, pretty important in my opinion, is the fact that there is absolutely nothing racist in the song.  Surely the fact that the song is 37 years old (and I remember it well, that dates me ) and no-one  to my knowledge has complained before says it all. The lyrics of the song, both written and performed by Carl Douglas, are as follows:-
Everybody was kung-fu fighting
Those cats were fast as lightning
In fact it was a little bit frightening
But they fought with expert timing

There was funky Billy Chin and little Sammy Chung
He said here comes the big boss, lets get it on
We took a bow and made a stand, started swinging with the hand
The sudden motion made me skip now we're into a brand knew trip

(repeat)..make sure you have expert timing
Kung-fu fighting, had to be fast as lightning
What is there, even for a Chinaman, to take offence to in that song? Have they , misheard the word "funky" for something a little less polite? Offensive to cats? Maybe, by an amazing coincidence, they not only happened to be walking past whilst the song was being performed but also happen to be Billy Chin and Sammy Chung (if so possibly Sammy even considered the lyrics heightist as well) .
Admittedly the Isle of Wight is not exactly a hot bed of crime and debauchery but  can't believe that the police there are so short of cases to solve that they pursued this. Ironically, the singer was arrested, after they phoned him and he agreed to meet them, in a Chinese restaurant.
Whilst stories like this appear comical in isolation, it's what they can lead to that is frightening. Comedians have already had to tame down their acts for fear of causing offence, next  will songs have to be checked as suitable to all in a 3 minute walking radius before being sung, or simply banned completely?
If this case is successful I may try for a case of mental cruelty next time I hear Tony Christie's Amarillo. I could call 2200 witnesses who happened to be at Fratton Park on 24th April 2005 to back me up.
For anyone not familiar with the Carl Douglas hit (deemed so in offensive that it went to Number One in the UK, USA and other countries and even won a Grammy in 1974 for best selling single) then here it is - catch it while you still can. 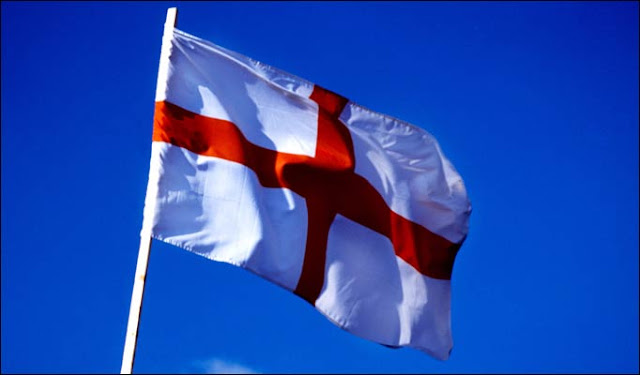 Email ThisBlogThis!Share to TwitterShare to FacebookShare to Pinterest
Labels: England 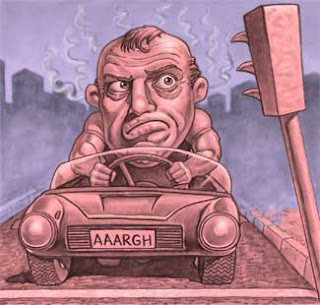 Coming from Southampton it's not often I hand out any praise in the direction of Portsmouth, but for once I have to admire them for getting things right. The city has requested permission from the Department for Transport to switch off it's red and green traffic lights at night, leaving them on flashing amber indicating proceed with caution.
What a great idea that is. But will the DfT allow a scheme which -  hands up in horror - necessitates drivers to think for themselves and make a judgement on  their safety and that of other drivers? Let's hope so.
Earlier this week I travelled back from Lyndhurst to the Eastern side of Southampton at around 11pm in the evening. I decided to use the Totton/M271/M27 route, forgetting that the M271 was closed at night for repairs. No problem, just follow the A35 past the docks (after all it was late at night so not going to hit much traffic) and over the Itchen Bridge. Reaching said bridge I realised I had again forgotten that that was also closed for repairs, so another diversion past the stadium and along the A3024 route.
Had the M271 been open the 12 mile journey from it's start  to Jct 8 of the M27 would have taken around 12 minutes to complete. Instead the shorter 10 mile journey through town took just over 30 minutes in virtually no traffic, having passed through a staggering 26 sets of traffic lights. Approximately two thirds of these were red, causing me to stop and wait. Yet at only 1 of those sets would the traffic using the opposing green lights have caused me to stop, at all others a simple slowing down to check would have been sufficient.  At many of them I sat, waiting and waiting for them to change green whilst not a single car crossed my path. Not only does this delay journeys unnecessarily, in a time when we are constantly reminded to save energy and reduce our carbon footprints, I was wasting fuel whilst needlessly sat stationary for a combined total of over 10 minutes of the short journey.
I hope Portsmouth's experiment proves successful and is tried out around the country, maybe even extended to all time's outside rush hour, not just late at night. After all every knows that whenever any lights are out due to electrical failure the traffic runs more smoothly when drivers are forced to use their own judgement.  Everyone except the controllers of course.
Posted by Wurzel at 11:31 1 comment: