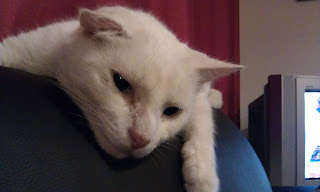 What a touching post. Definitely the kindest thing to do for Hubble.